At Synod meeting in March, representatives from the four areas of the North Western Synod were handed an object each as part of plans to mark the 50th anniversary of the creation of the United Reformed Church. The plan is for these objects to make their way from church to church in each of the four areas before being reunited at our autumn synod meeting. 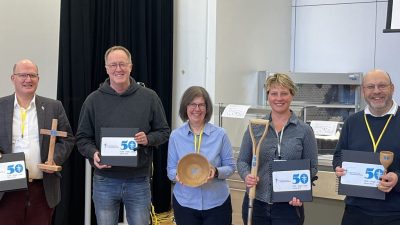 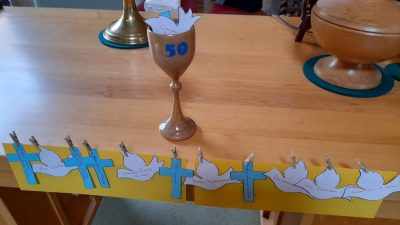 For us at CHEADLE HULME, the chalice is a ‘Cup of Blessings’ which we filled

hope is turning to despair and those who feel unloved –

-People who are bullied

MODERATOR of GENERAL ASSEMBLY SPEAKS OUT…

The United Reformed Church will be 50yr young